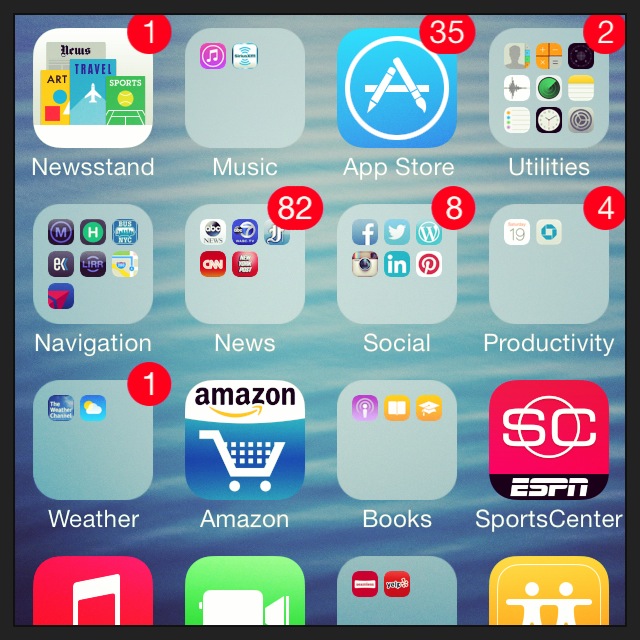 Why I Stopped Reading Books 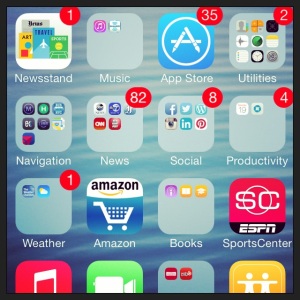 Back in the good old days, it was my thing to carry a book around in my purse, especially after my boys were born. With their arrival, gone were the days of spending my evenings after work immersed in the latest Oprah’s Book Club selection or of losing an entire weekend to the novel I couldn’t put down. So I had to sneak my reading into whatever brief moments of quiet I could find as I went about my day. I loved a good road trip because it meant logging some solid hours getting lost in a story. I didn’t mind time spent in waiting rooms because it meant another chapter or two down.

But for the past few years I’ve noticed I don’t read books anymore. I still have an intellectual orgasm every time I walk into a Iibrary or book store and I still compulsively buy books. I just don’t read them. As a result, my desk and nightstand are buried deep under piles of lonely, mostly untouched books (save for my Bible, which I am still reading diligently each morning as part of the year-long Route 66 challenge).

I decided to address the problem earlier this year while drafting my list of New Years’ resolutions with the addition of a commitment to read six books in 2014. By historical standards, it was a modest goal, as I probably had a six book a month habit back in the day.

I’m proud to say I already knocked five books off the list, but all five came while visiting my parents in Florida for a week this past February. It was a week of no commitments and no distractions, coupled with full-time distraction from grandma and grandpa for my kids. So I spent the seven days on a lounge chair on the pool deck devouring the stack of novels and memoirs that made the trip with me. It was heavenly, and when we returned home I was convinced I had awaken my inner reader once again.

Five months later, I hate to admit, I’m still stuck at that five book threshold, and I think I’ve pinpointed the culprit.

While for years I’ve blamed my lack of reading books on having kids, the truth is my habit really tanked when I got my iPhone in late 2010. I stopped packing a book in my bag because that extra 15 minutes in the waiting room could now be filled responding to emails or catching up on the latest news.or perusing Facebook or Twitter or Pinterest.

And so began my iPhone addiction. Because soon, it wasn’t just for filling that extra 15 minutes it the waiting room. It was for filling every vacant two or five or 15 minutes that sprouted up during the course of my day. Jumping in the elevator? Just enough time to check if any new emails came in since I last checked (probably while I was sitting on the toilet five minutes earlier). Standing in line at the grocery store? Perfect chance to see who’s up to what on Facebook. Twenty minutes before school pickup? Surely not enough time to write or fold laundry, but plenty of time to read Page Six.

Before I knew it, I wasn’t just spending those off extra minutes on my phone. It was the first thing I reached for upon waking each morning, and it was the last thing I looked at before going to bed at night. The free hours I had to cross something big off my list were consistently getting whittled away on my phone, and eventually even the not free hours when I had other priorities, like paying attention to my kids, were being consumed as well. I justified it by saying I wasn’t wasting much of my time on social media, I wasn’t posting minute by minute updates of my day or lurking on the Facebook pages of old flames or former friends. I was reading the thought-provoking articles and essays people shared, and the time spent on Pinterest was valuable meal planning and home organization time. Above all else, the majority of those big chunks of time were spent reading the news, keeping myself informed, which I reasoned was important to maintain relevancy now that I was no longer a career mom. The New York Times, the New York Post, the Detroit Free Press, CNN, ABC News, Huffington Post, were always at my fingertips. But who was I kidding? It wasn’t really about keeping myself informed.

As I’ve floundered my way around the transition from working mom to stay at home mom, I’ve found myself lost quite a few times. I know how to spend my days with my boys in terms of what needs to get done, Who needs to be picked up or dropped off where. What needs to be cooked for dinner or washed in time for school or the next day’s game. Who needs help with homework or has a boo boo that needs to be kissed. Where I get lost is in how to spend the extra time, the time outside the boys and their needs. Three years ago there was a great need for me to be the center of their universe, the sun around which their Earth rotated, and such time didn’t exist. But today, my role has become more that of a guiding star, especially with my youngest in school full days. So there is time. Time to do something beyond just getting through the day, time to fulfill needs and pursue dreams, and I’m not really sure how I should be spending that time. Because my dreams are far away from where I’ve been. The road map I used to get where I am today is not the road map that will get me to where I want to go.

To that end, I am committing myself to a new habit. A habit of putting down my phone. For 30 days I am committing to detaching from my phone. What exactly does that mean? I’ve been fleshing it out the past few days, and here are the ground rules I established:

I’m not going to lie. The first 24 hours almost killed me (OK, that’s probably a little dramatic, but it was TOUGH). My phone was blowing up (no pun intended) with news alerts about the Malaysian Airlines tragedy, and the Israeli ground action in Gaza. In the first few hours I had 23 unchecked Facebook notifications and 83 unopened emails (don’t worry only two of them actually required a response from me). There were little red numbered bubbles all over my screen, taunting me, trying to convince me the little tidbits they held were more important that anything else I could possibly be doing in that moment, trying to convince me they were more important than me. I reflexively reached for that little flashing rectangle more times than I could count throughout the day. I eventually smartened up and left it in the other room, out of eyesight, but ringer loud enough to notify me if a call or text came in. It helped, and I held strong.

If you’d like to join me in my 30-day #breakthephonehabit challenge, please leave a comment below, along with any additional guidelines to which you want to hold yourself accountable. We can follow up and cheer one another on!

Yesterday was the 184th Commencement at @unionseminary, where I am studying to receive my Master’s of Divinity (MDiv). I did not graduate, I still have one more year left to finish my degree. But outside of celebrating all the amazing graduates I learned that I was selected to receive the The Hudnut Award, an award named in honor of William H. Hudnut who graduated from Union in 1890. The award is presented to a middler who has shown the greatest promise for the preaching ministry. Not everyone thinks women should be in the pulpit. I’m grateful for this institution and the diversity of voices they welcome into to the work of preaching the Good News. And I’m grateful for all the women around me (@revjeskast @rev.damaris_whittaker @revjacquilewis @jdturnernyc @mandymeis @leamatthewsbronx @its_ek @amandaaamunroe) who have had the courage and believed in their gifts and their call enough to stand in the pulpit themselves, mentoring, guiding and encouraging me through both their words and their simple presence. The best part of this award was when the teenage daughter of one of the graduates stopped to congratulate me, “It’s so cool that a woman won the preaching award!” she exclaimed. Yes. Yes it is.
“From dust we are, and to dust we shall return.”
📷: By my talented fellow seminarian @shanazdeen
Great nugget from today’s reading 🤓
Celebrating 19 years of marriage to this guy today. He is my best friend, my partner in life, and my biggest cheerleader. He’s the yin to my yang, the peanut butter to my jelly, the peas to my carrots. I cook, he does dishes. He loads, I unload. I wash, he folds. He washes, I fold. I buy plants, he waters them 😅. I take Hebrew, he quizzes me. The balance isn’t always the same, there are seasons where one of us carries more of the load, or the weight of different portions of the load. We get angry and frustrated and forget how to communicate sometimes, but at the end of the day what we want for each other is that we each grow back to who we were created to be, into the wholeness of our own unique identities, together. It’s a gift to do this life with him. Happy Anniversary @neilsteinkamp1 ❤️
Last evening at sunset my Jewish friends celebrated the end of their High Holy Days, a 10-day period of reflection and repentance. This particular year is a special year in the Jewish calendar known as a Shmita, or sabbatical year. A Shmita year occurs every 7th year and requires a creditor to grant a remission of debts. The first time I heard of a Shmita year was 7 years ago, just a few years into my time living in NYC, at a time when reflection on and engagement with my own Christian tradition and its roots was emerging. Curious about the signs and banners hanging in my neighborhood proclaiming the Shmita year, I did some research and consulted Jewish friends about the tradition and then I placed what I learned in conversation with my own Christian tradition. I’m sharing a bit of it here today, 7 years later, because as I looked back on it, it was a much needed reminder for me. Maybe someone else needs these words this day too?
A little wisdom I picked up in today’s reading 💫
First day of school, 11th and 7th grade. Let’s go @ecfs1878!!! 💙🧡