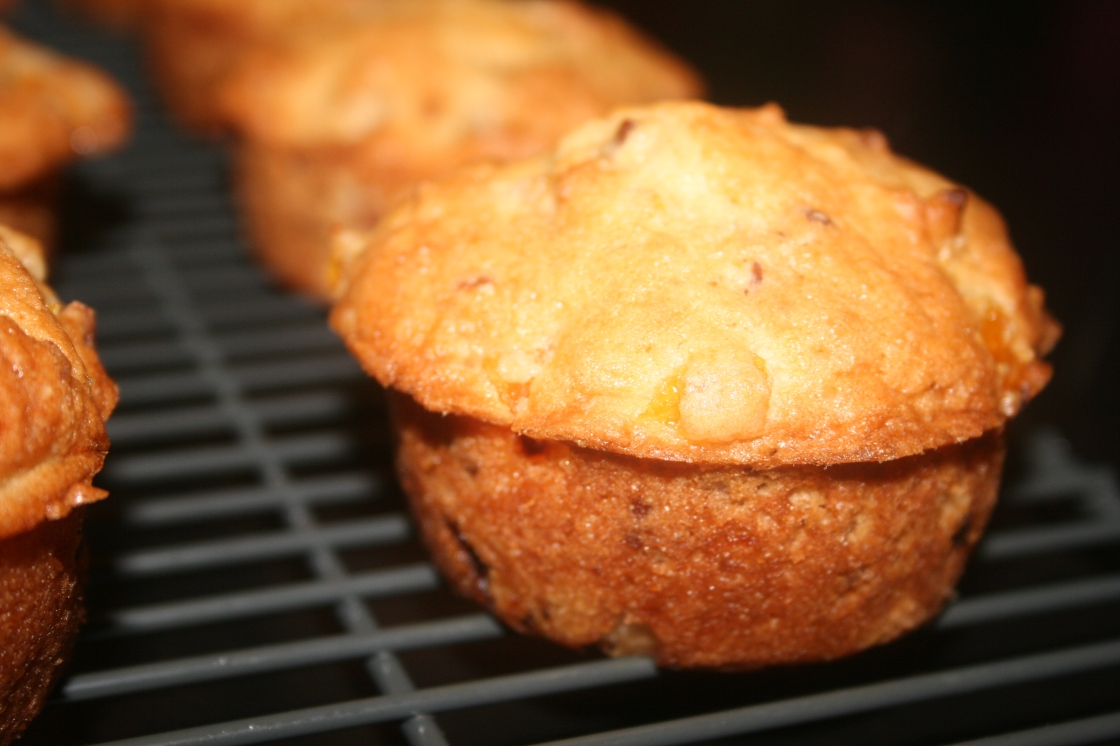 In honor of my Grandmother’s 92nd birthday yesterday, I’m pulling this recipe and trip down memory lane from the archives.  I can’t think of a better way to say, “Happy Birthday, Grandma!”

My paternal Grandmother is turning 90 next month and the upcoming milestone got me thinking about her, and our relationship, and what I have learned from her over the years.

As I got to thinking about her story, I realized there is so much I don’t know about her, and what I do know has been garnered from looking at old photo albums or hearing tidbits from my parents and other relatives.  Very little came directly from my Grandmother.  She was never much of a talker and is the epitome of the strong, silent type, a characteristic that is easily recognized in my father.  Despite her silence, I have never doubted her love for her family and her pride in her grandchildren and great-grandchildren ( 18!).  It’s palpable whenever I am around her, even though on increasingly frequent occasions she has difficulty keeping us all straight, especially the great-grandkids!

Thinking back to what I do know, I am amazed by the life she’s lived and the quiet strength with which she faced every challenge.  Through my father’s battle with polio as a young child, through the death of her husband while her children were still teenagers (she never remarried), through entering the work force to support herself and her children, through putting herself through college (and finally graduating when she was in her 60’s), through the loss of her only daughter to a long battle with cancer, through open heart surgery for herself when she was in her early 80’s, through it all she kept going.  She kept going without a complaint, without any perceptible ill will toward anyone, and with her faith intact.  I can’t recall a time when she raised her voice or spoke unkindly to or about another human being.  She just kept going, quietly making the best of each day and the life she built for herself.

I always enjoyed visiting her tidy little bungalow as a child, although she visited our house more frequently than we visited hers.  She had a cottage not far from the house I grew up in and would often end up in our “neck of the woods”.  Plus, it was difficult to fit all of us in her house, especially as we got older!

Her green thumb (a trait that, unfortunately, did not make its way down to me) was on display from the moment we pulled into the driveway.  But it wasn’t the flowers that drew me in, rather, it was the small garden she maintained along the rear fence line of her tiny, rectangular yard.  The garden always sprouted rhubarb, dill, cucumbers, zucchini and tomatoes, perfect for making fresh from scratch batches of strawberry rhubarb pie, chilled cucumber soup (borscht), stuffed cabbage, kapusta and her famous lima bean casserole.

It was no surprise that when she finally decided to retire from her job as a research librarian for a large multi-national corporation she didn’t just rest on her laurels.  She kept busy traveling with her church group, playing bridge with her friends, quilting and crocheting, and of course spending time in her garden and kitchen.

It also wasn’t too surprising when, sometime in her 80’s, at some holiday gathering or birthday party, she walked in with a foil lined paper box lid filled with what came to be known as Grandma’s apricot muffins.  From that day forward, whenever Grandma came to a function, she came bearing apricot muffins, and believe me, no one was complaining!  There was something addictive about those muffins, and we would constantly find ourselves returning to the box for seconds, and then thirds, and, of course, a doggie bag to take on the road, filled with any strays that miraculously survived the initial onslaught.

So with thoughts of Grandma on the brain, it seemed natural to pull out my binder filled with favorite family recipes and anxiously thumb through its pages for Grandma’s muffin recipe.  Did I have it?  Did I have the recipe?  Ah ha!  There it was!  A quick skim of the ingredients and I knew I had a transformation winner on my hands.  I am excited to share the deliciousness with you!  P.S.  Don’t tell Grandma, but I think these may be even better than hers!

Soak apricots in water for five minutes.  In a large mixing bowl, cream together sugar and Earth’s Balance until fluffy, then add yogurt and mix well.  Combine the dry ingredients and stir into wet ingredients until just moistened.  Do not overmix, especially if you are using spelt flour.  It is very delicate and you will have a problem on your hands if you overmix!

Meanwhile, drain apricots and discard liquid.  Gently fold apricots, orange peel and nuts into batter.  Fill greased or paper-lined muffin pan.  Bake at 400 degrees for 18-20 minutes or until a toothpick inserted in the center of the largest muffin comes out clean.  Cool for 10 minutes before removing to a wire rack.

What I love most about these muffins is their texture when finished baking.  The outside gets a little crispy and carmelized from the apricot juices that seep out and bubble up during the baking process (this is why the soaking of the apricots in boiling water is important, so don’t skip it) and the inside is moist, flavorful and crumbly.  Pure comfort!